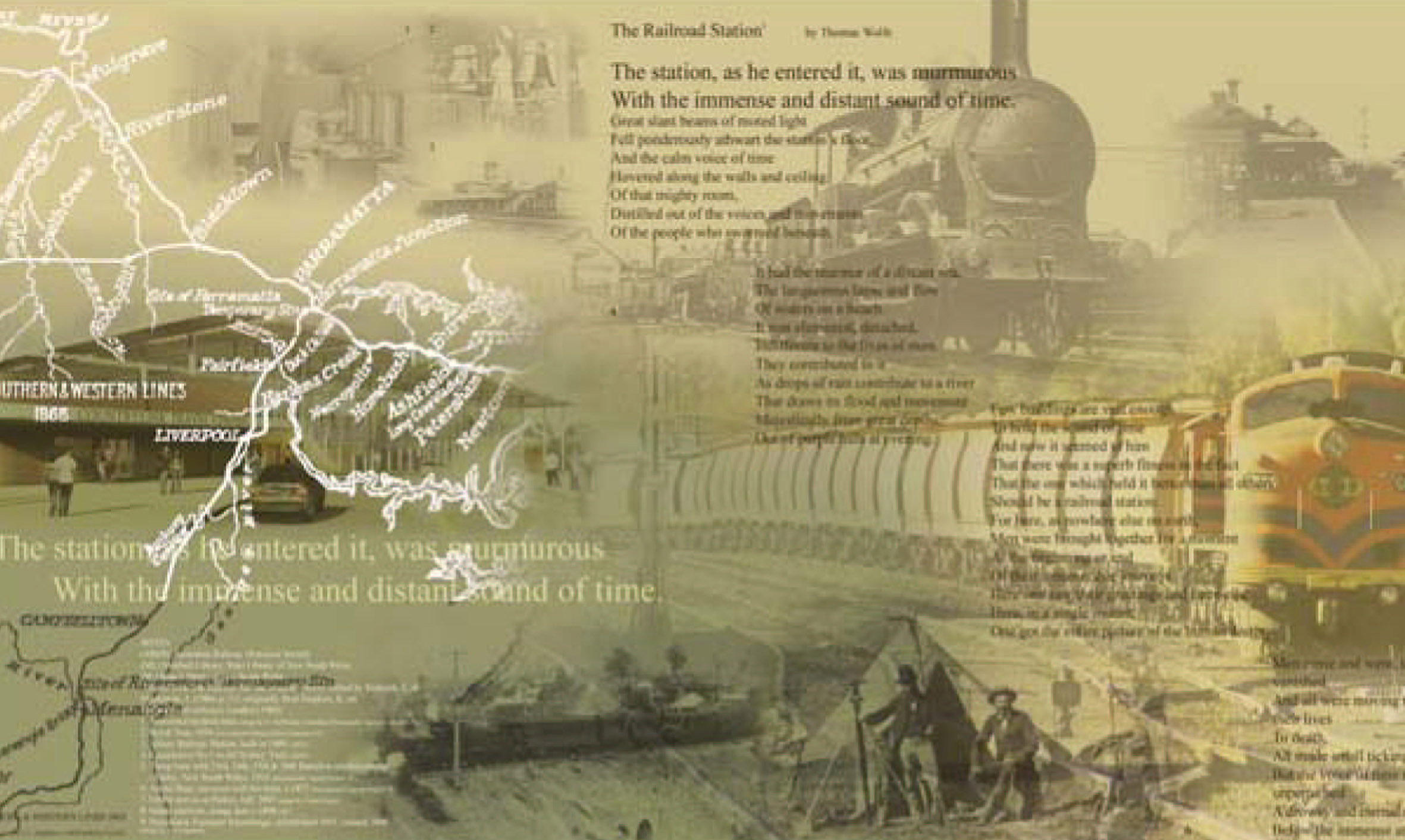 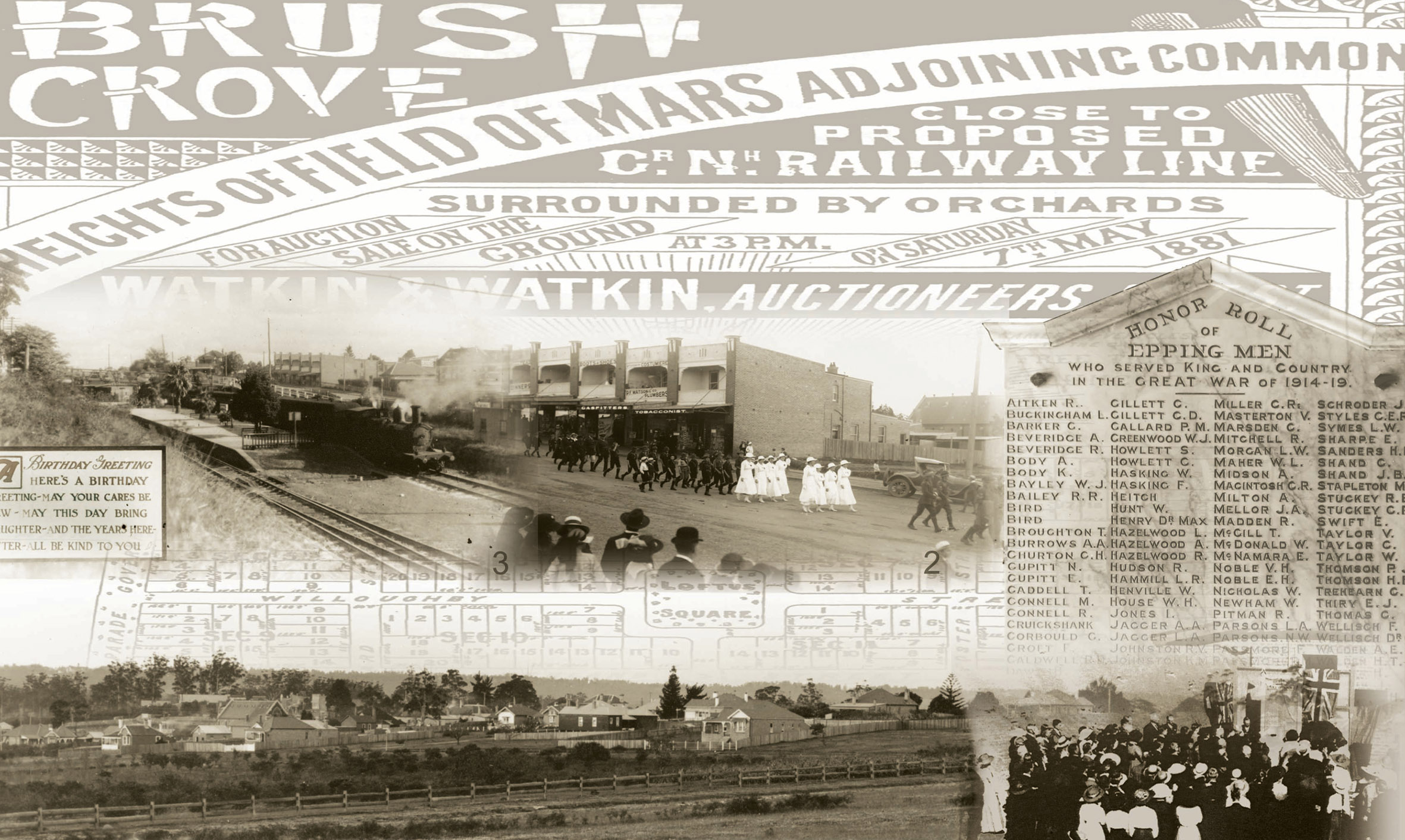 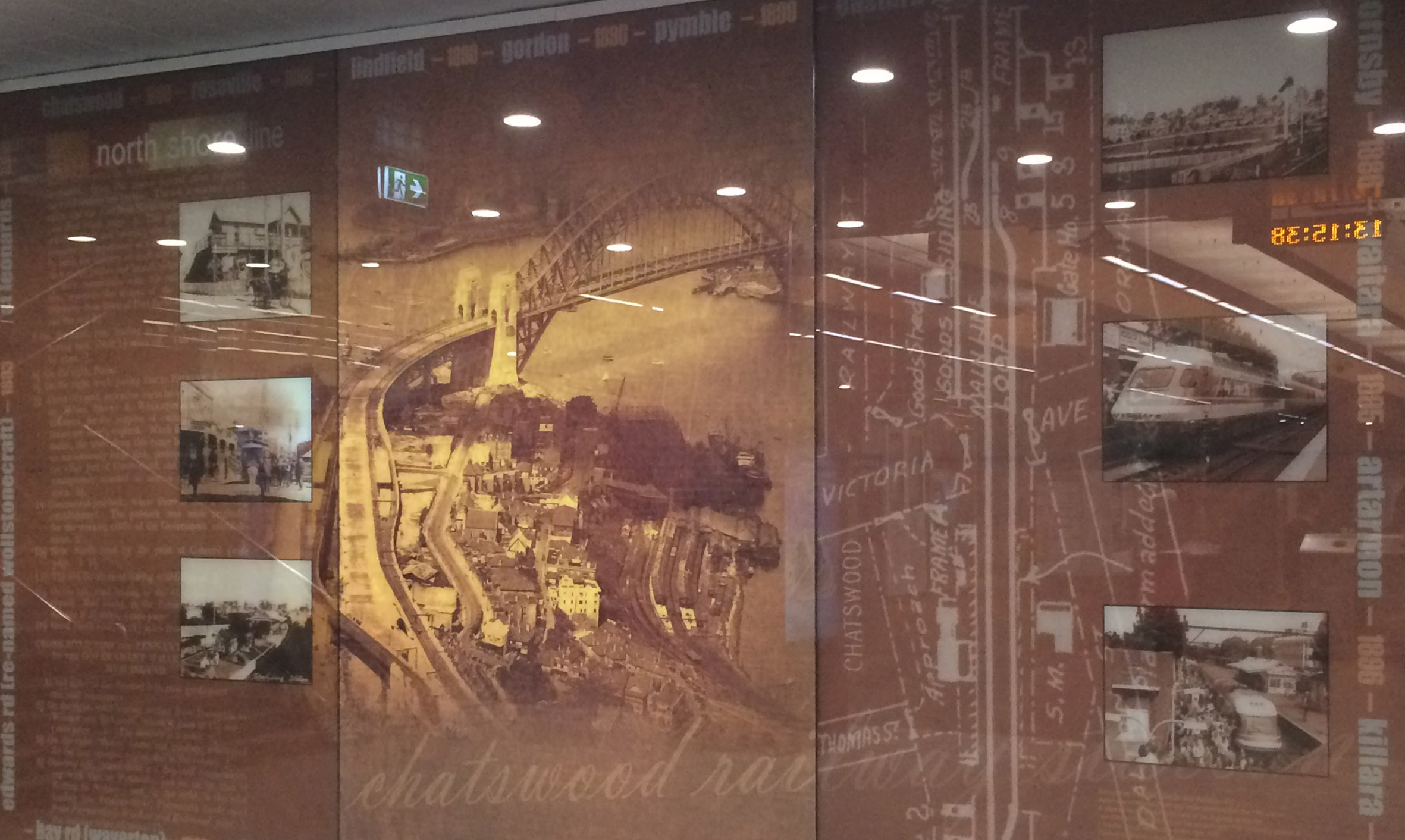 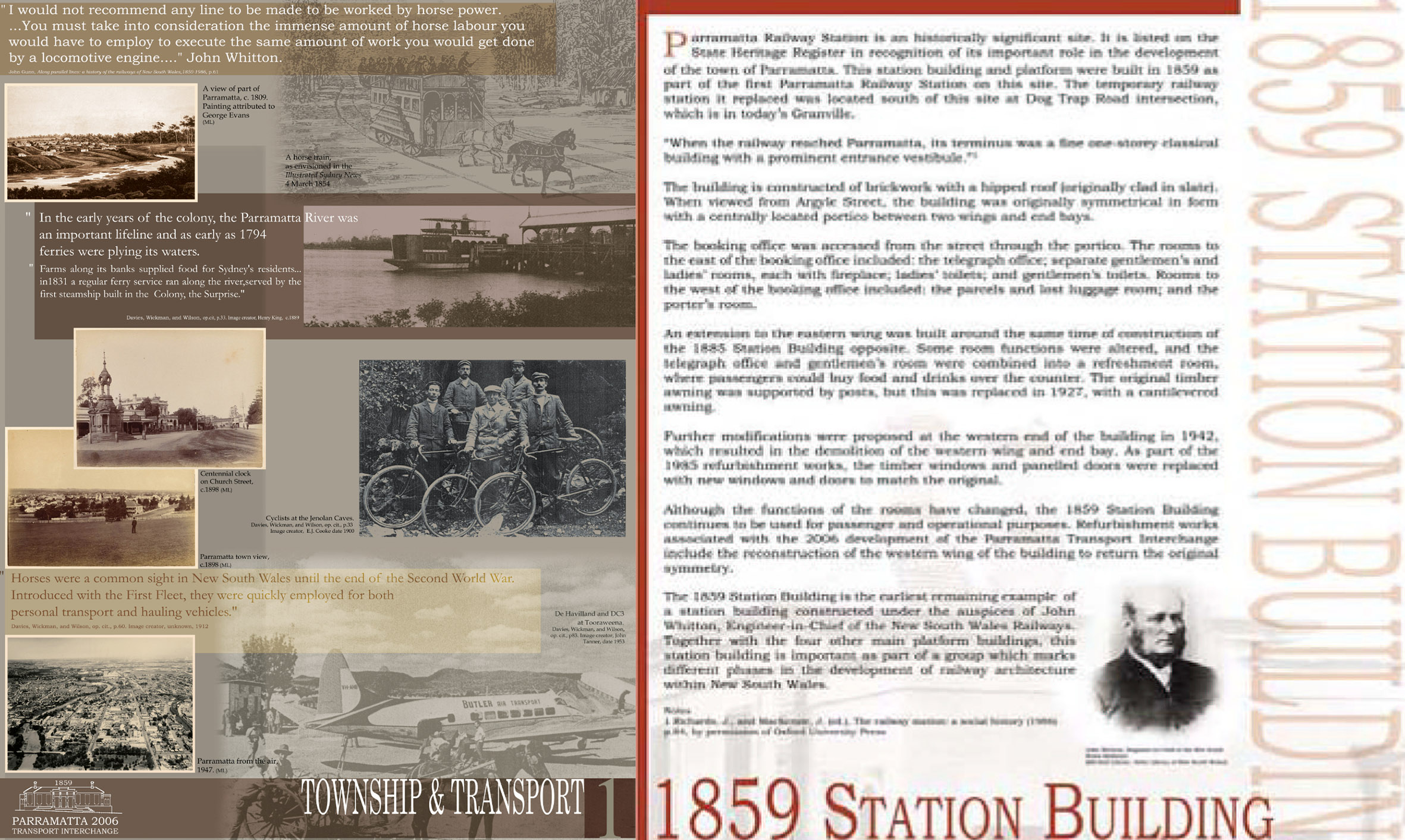 The Parramatta Transport Interchange project has been the most comprehensive, so far, in the variety of interpretation mediums, which were installed. This included posters to interpret the history and significance of the site; stainless steel plaques, to interpret individual buildings and bridge structures; an archaeological installation consisting of the visible elements of a weighbridge, which was discovered during excavation works; and a mannequin dressed as an early c20th signalman was also installed in the old Signal Box.

On a more modest scale, other items at the Parramatta Transport Interchange were: the installation of a NSWGR wall clock with an interpretive plaque; and some framed historic photographs. CCG, through the design of heritage interpretations, is in a privileged position to contribute to the “heritage cycle”, that is, by increasing people’s understanding of heritage places, will also result in increasing our enjoyment, value, and care for these places.