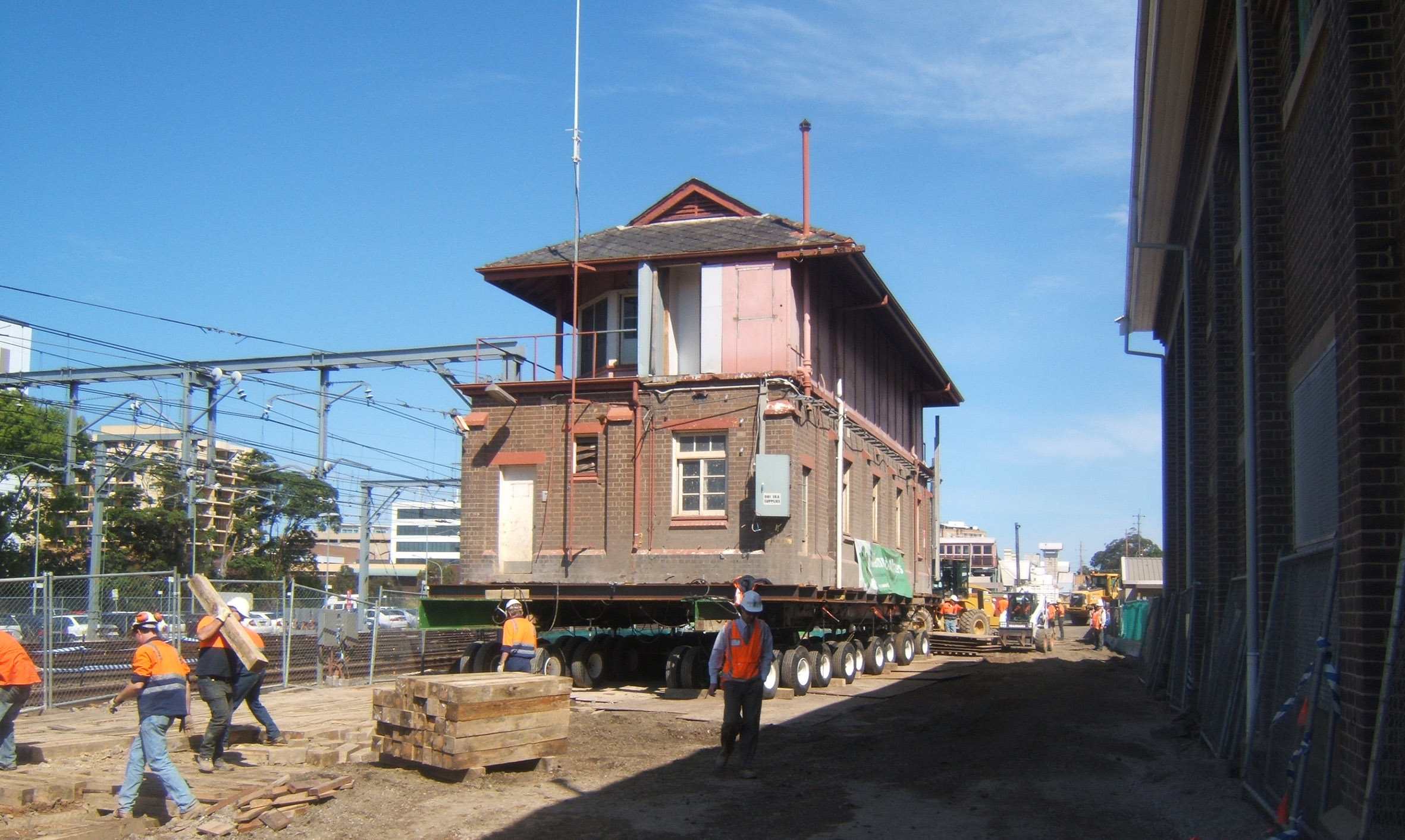 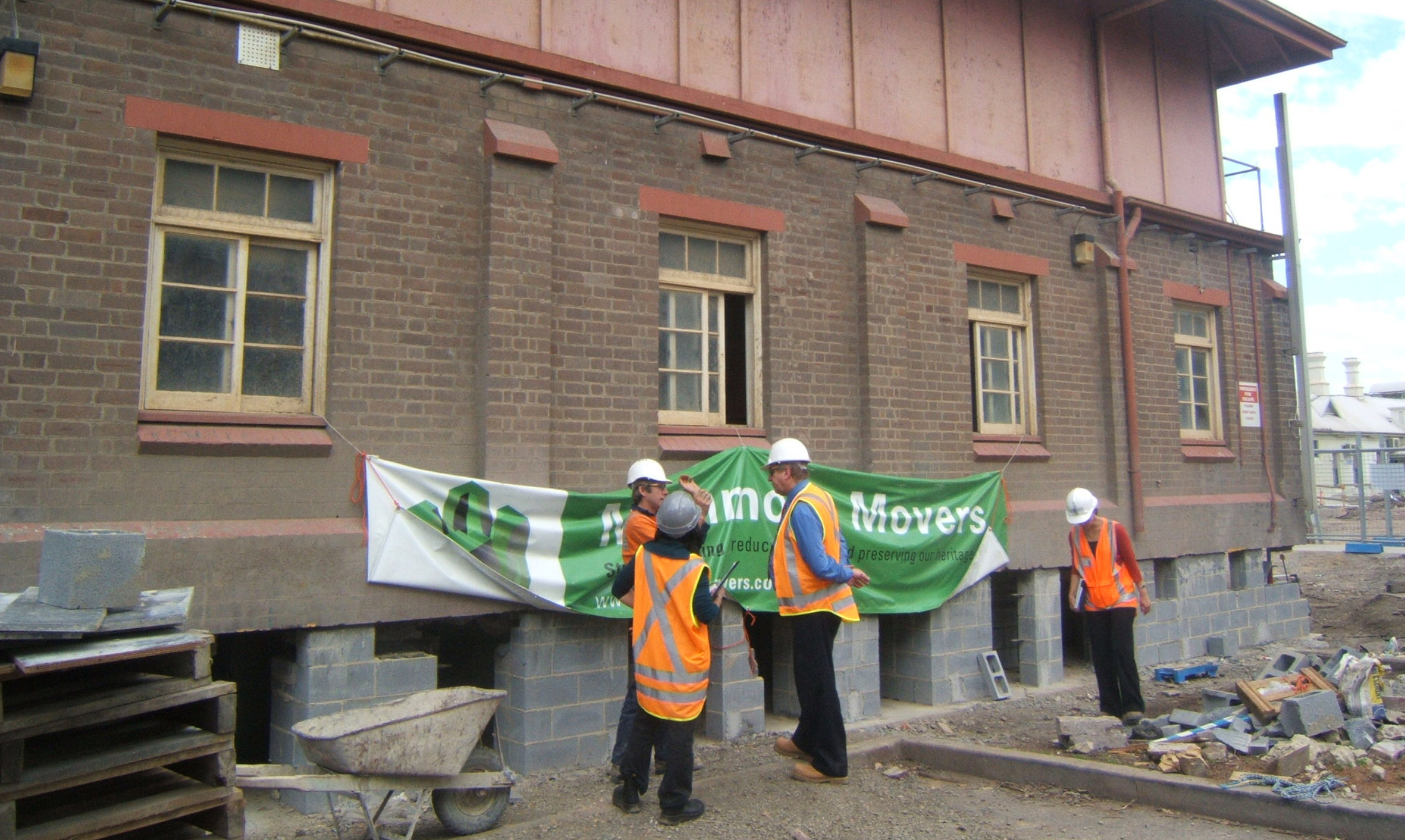 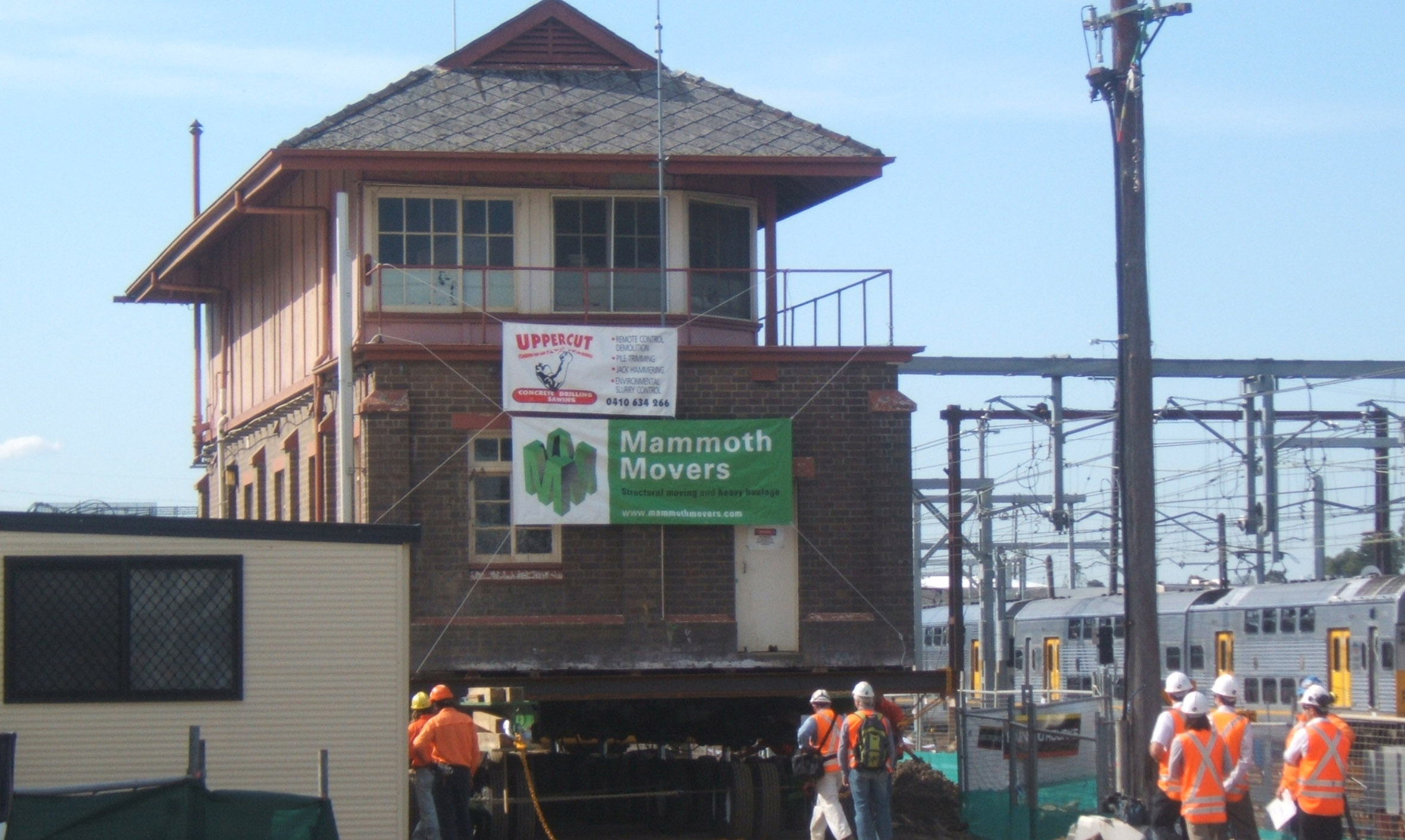 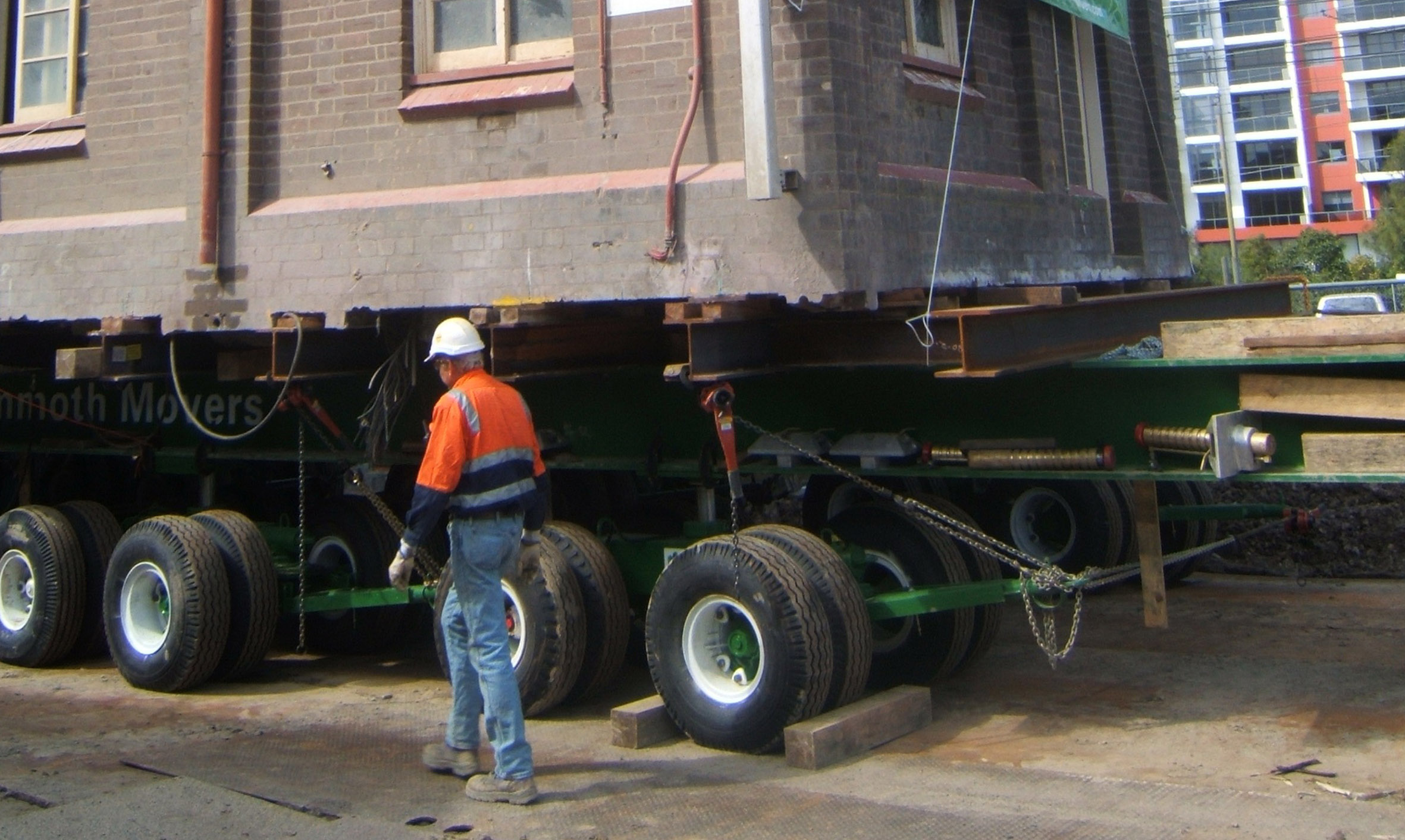 The Signal Box at Hornsby, dating from 1928, was located in conflict with a proposed new track and services corridor.  It is double storey masonry structure that represented a significant challenge to relocate, and its relocation was an Australian first. CCG Architects researched, located and briefed the only company in Australia that could relocate a whole masonry building in one piece.

The relocation process involved the entire building being raised on steel beams, supported on computer controlled “dollies”, and literally driven to a new location.  Though the preparatory work took several weeks, the actual relocation was accomplished in less than 4 hours.

This relocation technology is often used in the United States, and is now available in Australia. Other than heritage items, it is popular with developers who wish to relocate a structure that may be compromising a development opportunity. This represents an excellent opportunity for a sustainable approach to design and development, where existing buildings can be adaptively re-used rather than being demolished and contributing to landfill.

In its new location, the Signal Box retains a strong visual relationship with both the railway lines and platforms, and its operation is still able to be successfully interpreted within the context of Hornsby Railway Station.

The Chatswood Transport Interchange was the result of a successful collaborative effort between CCG Architects, Cx Archiitects and DesignInc (Architects for the CTI), CRI / Laing O’Rourke, and TAC.

The Rail Heritage Centre at Central Station was established within the old Sydney Booking office space. This grand Edwardian space was severely altered in the 1930’s when the first floor gallery was infilled to create more office space above. Fortunately the perimeter walls of marble and sandstone had been preserved. The new fitout accommodated a number of rail related heritage groups such as the Rail Transport Museum and Australian Rail Historical Society, along with the Rail Heritage Office, and also enabled artefacts to be exhibited in museum quality displays.